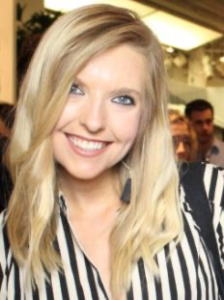 Chantel Neville was born and raised in Seattle, Washington and moved with her family to Little Rock, Arkansas as a freshman in high school. She graduated high school early and at eighteen she took the role as the youngest store manager at Starbucks. Chantel transferred with Starbucks to Northwest Arkansas in 2012. After six months in Northwest Arkansas, Dayspring Behavioral Health Clinic recruited Chantel to be a mental health paraprofessional within the Bentonville School District. Her time at Dayspring taught her a plethora of information relating to mental health, therapy, and social services.  In addition to the career change, Chantel used this time to finish her associate degree from Pulaski Technical College. After two years in the mental health industry, she took a part time job as a holiday sales associate at Gap and less than six months later she took the role as the store manager at the Pinnacle Hills Gap Kids and Baby. In this role, Chantel was able to finish her bachelor’s degree in communications through Southern New Hampshire University.

The GAP career was full of excitement as Chantel and her associates became incredibly involved in the Northwest Arkansas community. Chantel and the GAP employees championed multiple charities, including, NWA Women’s Shelter, Peace at Home Family Shelter, Cystic Fibrosis Foundation, Operation Beautiful, and Girl’s on the Run. In 2017, the store was even recognized in a contest as #1 in North America for denim sales, this huge success was truly a community effort. After winning the contest, the team decided to make an even larger impact, establishing the “mom and so much more” fashion show, benefitting the women shelter. After the fashion show raised $10,000 for the shelter, the shelter and Chantel connected, and Chantel joined the board for two years. This fashion show continued for three years, ultimately raising over $75,000 for local women shelters.

It was while on the women’s shelter board that Chantel met Tina Winham, a past junior league president, AJLI Board Member, and JLNWA Sustainer. Tina informed Chantel about all the benefits of The Junior League and referred Chantel to the NWA league. Just weeks before becoming a Junior League Member, Chantel was recruited to Walmart Apparel. Chantel dove in headfirst to the league and quickly realized she needed the league in her life. After Chantel’s new member year, she became vice chair of training, then chair, and currently manager of training.

Chantel now lives in Bentonville with her husband Jeremy and yorkie-poo Jetta. She has been with Walmart for three years and is currently a product development and sourcing manager for Girl’s apparel. When not working or volunteering, Chantel is passionate about spending time with family, traveling, planning vacations, wine tastings, and barre classes. Chantel joined the league because she wanted to impact the community in an organized way with equally passionate individuals. Her biggest nonprofit passions are domestic violence and women’s/equal rights. She finds fulfillment in mentoring and cheering on other women, both friends and strangers in need. The junior league has brought Chantel six out of nine of her bridesmaids, additional professional and personal skills, lifelong friendships, and greater fulfillment.