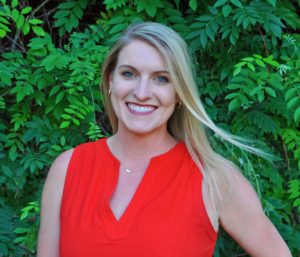 Cristina Easterling has two children, Parker and Prestyn, and lives in Bentonville. Outside of volunteering, Cristina enjoys running, cooking, traveling and spending time with her family and friends.

Cristina practiced as a pharmacist for 4 years before accepting her current position as pharmacy buyer at Sam’s Club.

Joining the Junior League in 2014 was a natural fit for Cristina upon returning to Northwest Arkansas in order to get connected with like-minded women in the community and to give back to her new hometown. Within the League Cristina has held several leadership positions, including serving as the first-ever Executive Vice President for JLNWA, which have helped further develop her leadership skills. Cristina has found a passion for Northwest Arkansas and its occupants while growing her network and, most importantly, developed meaningful friendships that would not have existed without the League.