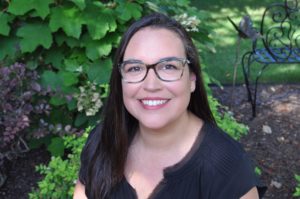 Christine Doellinger lives in Southlake, Texas with her husband Chad and children.  They also have two large doodles – a Saint Berdoodle named Teddy and a Pyredoodle named Rosie.  They are adding another large doodle (a Great Danoodle) to their family later this fall. When not serving the League, Christine enjoys spending time with her family, running, riding her bicycle and reading.

Christine was born and raised in Chicago, Illinois but lived in multiple suburbs in the Chicagoland area.  They originally moved to Northwest Arkansas in late 2013 from Oak Brook, Illinois and returned in August 2018.  Due to a job change for Christine’s husband, they moved to Southlake, Texas in May 2020. Christine has decided to finish out her term as Secretary and will be commuting back to Northwest Arkansas for League meetings and events.

Christine has a B.S. in Business Management from Elmhurst College.  Christine has previously worked for Walmart, The Chicagoland Area Affiliate of Susan G. Komen for the Cure, and McDonald’s Corporation.  She has previously served on the PTO Board at her children’s school and her church’s Board of Youth back in Illinois.  Her volunteer experience includes The American Cancer Society, Autism Speaks and the St. Vincent de Paul Food Pantry.